Categories: Do it yourself, Events

Join us for a Seminar on the installation of Keystone Retainng Walls.

Complimentary Coffee, Donuts and Soda will be available.

Categories: Do it yourself, Events

Come and join us for a demonstration of techniques for installation of walkways and patios.

Complimentary Coffee, Donuts and Soda will be available.

Early spring is the ideal time to plan all your landscaping projects for the upcoming year, so now’s a great time to get started! Projects like these are always easiest when you make plans ahead of time. Measure the area you’re planning on improving. Count the number of paving bricks you’ll need. Knowing the little details means that you’ll be able to make informed decisions instead of dealing with a lot of guesswork. You’ll save money and time in the end. Here are a few reasons to get a jump on spring preparation: END_OF_DOCUMENT_TOKEN_TO_BE_REPLACED 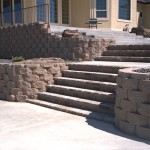 For many property owners, shaping the landscape can be a real challenge. Adding retaining walls in strategic locations can be a great solution for challenging landscaping puzzles. Retaining walls are used to hold back soil and shape the land, allowing you to control the slope of your land. Don’t let gravity and Mother Nature dictate where the hills will be on your property. Retaining wall designs must take erosion into account, identify and deal with water sources and use engineering principles for maximum structural integrity.

END_OF_DOCUMENT_TOKEN_TO_BE_REPLACED 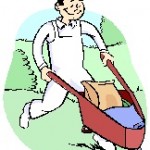 As you may already know, pouring concrete in cold weather can lead to bad news. Water expands when it turns into ice, so freezing temperatures can do some serious damage to your concrete if it hasn’t set yet. The success of many concrete projects relies on the temperature of the surrounding environment. You don’t want to risk weakening your concrete with fractures or spalling (the official term for rocklike material breaking into smaller pieces). END_OF_DOCUMENT_TOKEN_TO_BE_REPLACED

One of the most common lawn modifications is the addition of a walkway. Many people install walkways so that people have a clear path to their front door. Others use walkways more liberally, heading around the house, down a hill or through some gardens. END_OF_DOCUMENT_TOKEN_TO_BE_REPLACED

Many people have questions about concrete that they don’t want to ask for fear of sounding silly. Well, worry no more! We can answer any of your concrete questions with concrete answers.

1. Can you get hardened concrete to soften again? Short answer, no. END_OF_DOCUMENT_TOKEN_TO_BE_REPLACED 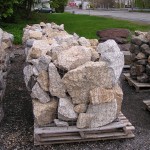 Concrete is a very versatile material and can be used in many different parts of your home. Even just your yard can be enhanced with concrete in a variety of ways. For example:

Driveway. Using concrete for your driveway results in a permanent and low-maintenance addition that will improve your home’s aesthetic appeal and provide children with a safe and flat space for outdoor play.Â  Did we mention it can also decrease erosion in your yard? You can choose between poured concrete slabs and concrete paving bricks. Bonus tip: after installation, we recommend waiting at least three days if not longer to use your driveway again. END_OF_DOCUMENT_TOKEN_TO_BE_REPLACED

Concrete has been a major part of construction for thousands of years. This month, let’s take a look at some of the most famous structures, new and old, that were built using concrete.

The Pantheon, Rome. Almost two thousand years after this structure was built, it remains the largest unreinforced concrete dome in the world and the best preserved of all ancient Roman buildings. The dome is composed of 4,535 metric tons of concrete, which makes this ancient building even more impressive when you think about how many cranes they had (none!). Today, the Pantheon is still in use as a church where Mass is celebrated, particularly for weddings and on significant Catholic holidays. END_OF_DOCUMENT_TOKEN_TO_BE_REPLACED 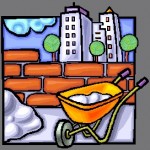 Concrete is a plastic liquid, made of aggregate, water and cement. This substance is used in nearly every structure today, but not everyone knows exactly what goes into the common mixture. Even thousands of years ago, the Romans were familiar with the process and used concrete often in their construction. Use of concrete was infrequent after the Roman Empire fell until it was rediscovered in the 18th century. Many people these days often confuse concrete with cement. The truth is that cement is one of the ingredients in concrete. There are many different recipes for concrete, but the basics do not change much. END_OF_DOCUMENT_TOKEN_TO_BE_REPLACED

N95 Masks are back in stock!

N95 masks are available for purchase again. Come in and stock up!