Concrete has been a major part of construction for thousands of years. This month, let’s take a look at some of the most famous structures, new and old, that were built using concrete.

The Pantheon, Rome. Almost two thousand years after this structure was built, it remains the largest unreinforced concrete dome in the world and the best preserved of all ancient Roman buildings. The dome is composed of 4,535 metric tons of concrete, which makes this ancient building even more impressive when you think about how many cranes they had (none!). Today, the Pantheon is still in use as a church where Mass is celebrated, particularly for weddings and on significant Catholic holidays. 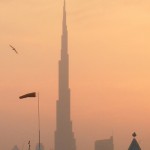 Burj Khalifa. Once known as Burj Dubai, this skyscraper holds the title of tallest manmade structure in the whole world at a height of nearly 830 meters, or approximately 2725 feet. The building officially opened in January of 2010 so it hasn’t been around for that long. The construction of this building broke all kinds of records, including the record for the highest vertical concrete pumping for a building at 606 meters or nearly 2000 feet. Very impressive, but how long is the wait for the elevators? 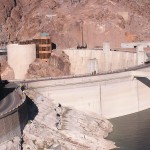 Hoover Dam. This iconic American structure is well known for both fictional and real life reasons. The concrete arch-gravity dam weighs 6,600,000 tons and was built during the Great Depression in the Black Canyon of the Colorado River between Arizona and Nevada. The purpose of constructing the dam was to create Lake Mead, a water source for desert inhabitants. Today, most children probably think there’s a giant evil robot hidden inside, thanks to the popular movie Transformers. 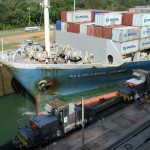 Panama Canal. This 82 km (51 miles) man-made canal connects the Atlantic Ocean to the Pacific Ocean between North America and South America. Without this easy access route, ships would have to sail all the way around the continent or find a way to transport their cargo across land, more than doubling the amount of time spent sailing. The amount of power required for land transport is much greater than if the cargo is on a ship. Digging the 51 mile canal was a lot of work, but definitely worth it. 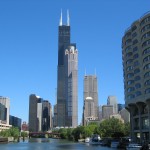 Willis Tower. Formerly known as the Sears Tower, this structure was completed in 1973 and held the rank of tallest building in the world for nearly 25 years. This skyscraper is 442 meters or approximately 1450 feet tall. If you recall from earlier in this article, that’s about half as big as the current tallest building in the world, Burj Khalifa. Mankind sure is one determined group, aren’t we?

N95 Masks are back in stock!

N95 masks are available for purchase again. Come in and stock up!